At the premiere of ‘American Idol’ on February 14, the judges met Kellyanne Conway’s daughter, Claudia Conway, and decided whether she would continue in the competition.

Claudia ConwayThe 16-year-old shocked the American Idol judges when she appeared to audition for the show’s 19th season, which premiered on February 14. Katy Perry seemed to recognize Claudia immediately and asked her immediately: “Are you okay?” When she came in. Of course, Katy was referring to the very public drama between Claudia and her famous mother. Kellyanne Conwaywho previously worked as a consultant for Donald Trump.

“My parents are top-class political figures,” Claudia told the judges. “My mother is Kellyanne Conway. She worked for Donald Trump. And my father is George Conway. He is a lawyer and has worked against Donald Trump. He is here with me. It’s a lot, but I just want to spread love. I love a compromise and I agree to disagree with my mom and dad. “

In her audition tape, Claudia stated that she had “more” than “that blonde woman from Fox News’ daughter”. She added, “If your mother works for the President of the United States that you disagree with, it’s very difficult.” Kellyanne still virtually showed up to support her teenage daughter, however, and she gave Claudia an encouraging talk before taking the stage. “You should be nervous, honey, it’s a very humbling experience,” said Kellyanne. “Do you know how many people like you dream of even getting the chance to audition for American Idol? This is your time to shine. Remember, honey, winners are people who are willing to lose. “

Katy, who is openly against Trump, expressed concern about Claudia before the 16-year-old audition. “If your mother is the character she is … is she still hugging you?” Katy wondered. Claudia explained: “I mean, yes. She loves Me. I love her. I feel like our relationship is a little dubious. For most of my life, my feelings had been suppressed so I got social media and now my voice is heard. “

In a voice over, Claudia stated that she started using music to escape when things went to a “dark place” on social media. She started her audition by singing “Love on the Brain” from Rihanna, but was quickly tripped and Katy stopped her mid song. She asked Claudia to sing her second foreplay which was “When We Were Young” by Adele. 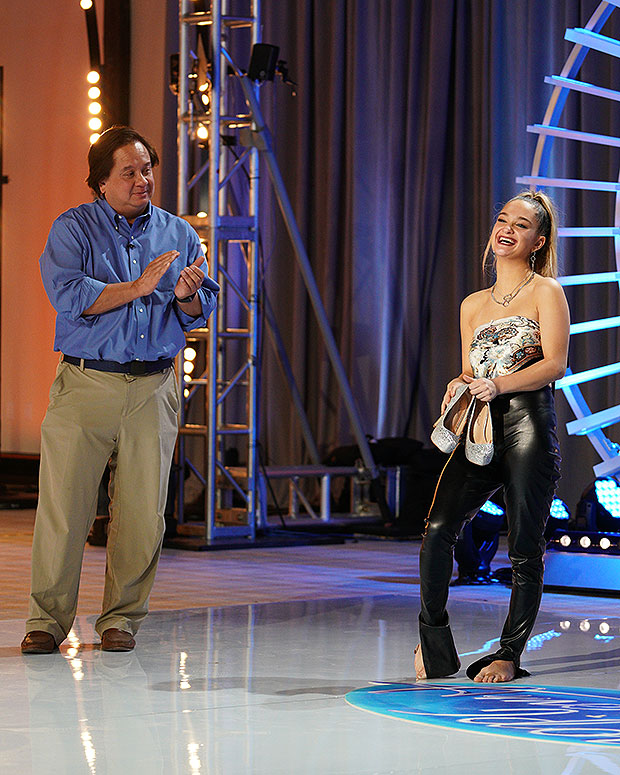 “When you sing this next song, think about when you were young and go back to that time,” advised Katy. “There’s a sadness there. You lost your youth because without all the noise you couldn’t experience it alone. Your father is your father, your mother is your mother. Who is Claudia? You have to calm the storm around you. Singing like you want to read the social media comments later will only ever turn you into a TikTok star. We want an American idol. “

Claudia pulled it together for her second song, but it wasn’t perfect. Luke Bryan She felt like she still had some work to do when it came to the vocal aspect of the contest, and he decided to vote no to sending Claudia to Hollywood. However, she got from both Katy and “Ja” Lionel Richie, so she got her golden ticket!

“The second was much better!” Lionel praised. “They showed where you can actually train. Some features of your voice came through that I was really impressed with. “Katy added,” There is a lot of noise in your life. You have to calm the storm around you. Before you start singing, you need to pick up your phone and stop reading the comments. Move it aside. Because if you don’t, you may never rise above your father or mother. “

We’ll have to wait a couple of weeks to see how Claudia is doing in Hollywood! Next week, the auditions will continue on February 21st at 8:00 p.m. on ABC.